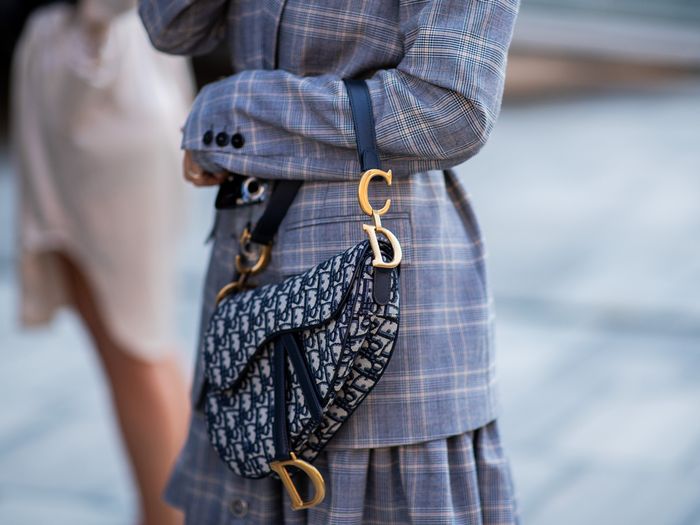 Those people who follow a few influencers should definitely be familiar with Dior Saddle that has been found on the social media feeds for the past few years. After the millennium debut under John Galliano, Dior Saddle has been able to enjoy a renewed fervor in its cult after 2018, and its return in new textures and colorways has left many people spoilt for choice. Dior always wanted to get distinguished from other brands by proposing a feminine and robust style. Due to its iconic shape, it can easily be recognized its return has undoubtedly become an instant hit in Malaysia, and the Dior Saddle bag price Malaysia ranges starts from around S$3,000.

The re-emergence of an It Bag

There is no doubt that Dior Saddle is entirely different from the bags that the Dior house has designed. The graphic form of the bag has been inspired by the horse-riding world, which is quite evident from its resemblance to the equestrian saddles.

Leather and canvas are the materials used in this iconic bag, while the metal ‘D’ refers to the House of Dior. There are specific versions that can be found in a single color, while others are adorned with the brand’s famous monogram. When the bag was relaunched, it was an instant hit and gave a feeling like a vintage item which clearly proved that fashion does go around in cycles.

Dior released its first Saddle bag in 1999 by a French fashion house designer John Galliano. It is a part of the Spring and Summer 2000 collection and is inspired by a usual cowboy look. The Dior Saddle bag is designed in such a way that it is worn tightly through a short strap.

This particular bag raised to fame after its release, and typically the A-Listers carried it during that time. After its re-emergence, the same Saddle bag can be seen on the arms of celebrities as well as regular women, and it has again become a trend.

The size of the Saddle bag is slightly bigger after its re-emergence, but it has precisely the same shape as it was before. The hanging ‘D’ magnetic clasp is also unchanged, whereas the bag features a signature CD hardware logo that can be seen on both sides. The new version has a removable strap that was not seen in the older one.

This new Dior Saddle is known to be a medium-sized one because of the availability of the mini-size bag. The significant difference between the two is that the mini one doesn’t have a long strap. The Dior Saddle bag price Malaysia varies because there are different materials, patterns, and colors according to the customers’ needs. This means that there are not many chances for you to run into somebody who has precisely the same bag version despite the popularity.

Because of the popularity of the Dior Saddle bag, there has been an expansion in the Saddle collection, and now we can see a lot more than just the original bag. This collection includes pouches, saddle wallets, card holders, and coin purses that can be found in the standard and mini versions.

The Dior Saddle wallet is quite a compact and functional model that incorporates all the elements of the Dior Saddle bag. It has enough room to hold all your essentials, while you can easily slip into your clutch or a small bag. It has a smooth interior and has a Christian Dior inscription in gold. There are four card slots so that you can slip any of the documents and cards. It also has a bill compartment, a pocket for cash, as well as a flat pocket. The Dior Saddle Wallet is able to perform all your necessary functions.

There is no doubt that all the Dior products have their own value, and when you hand over your card from the Dior Saddle card holder, the person receiving the card will certainly have a glance at the card holder because it is irresistible. After their return, Dior Saddle is making its name in the fashion world, and no one must have seen such a stylish card holder before. It is worth noting that this Saddle mini looks quite like a shoulder bag, but it downsized in an outstanding manner. Therefore, you will find it to be a lot more than just a card holder.

A saddle bag that flies off the shelves

When you invest in a saddle bag, you need to think about how much you will be wearing it. Buying the new Dior Saddle bag will undoubtedly capture your imagination, as Dior has dug into its archives and blessed the shoppers with an ultimate revival.

Now it is possible for you to buy a Dior Saddle bag with Atome as it offers you a flexible payment plan. Headquartered in Singapore with over 5000 partnered merchants and available in 9 markets, Atome offers its users the choice and convenience of flexible payment options for a variety of products and services. The app allows shoppers to split their purchases over three interest-free monthly payments by scanning a partner retailer’s in-store QR code or upon website checkout. By splitting their payments, Atome users will be able to better manage their budget while making higher quality products more affordable.

Why Body Types Should be Using the Peplum Dress?

Why Are Diptyque Candles from Malaysia so sought after? 

Beautiful Hair and Healthy Scalp – A Promise of Shiseido Shampoo