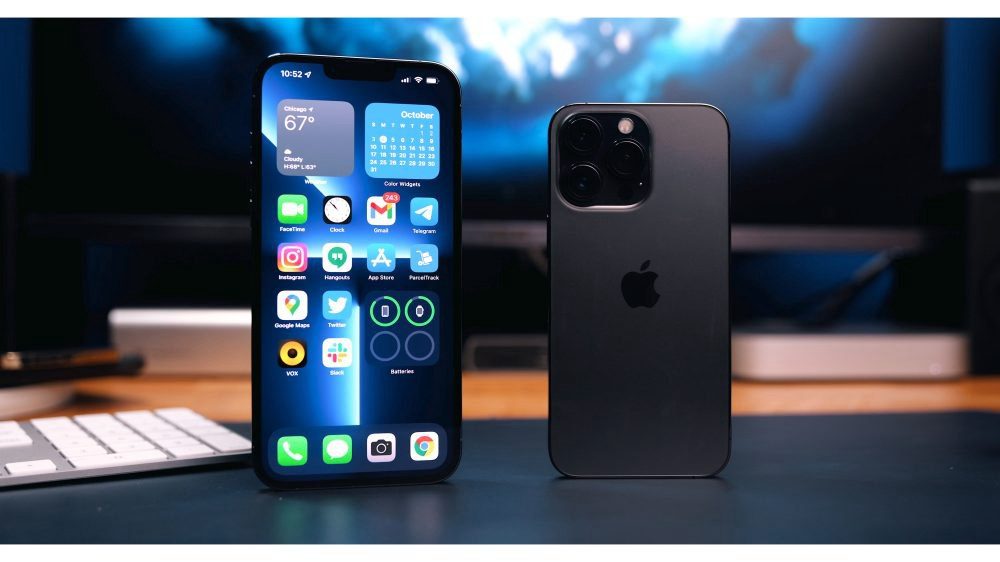 Are you crazy about the release of the iPhone 13 Pro Max? The news about Apple launching newer versions of their devices spreads like wildfire inside the tech industry. The revelation about a specific iPhone launch breeds anticipation and exhilaration among iPhone users. Soon the internet is flooded with information and expectations about the device.

The Apple iPhone 13 series was unveiled on September 14, 2021, during Apple’s California Streaming conference. The business did not modify the design of its high-end iPhones this year, because Apple had just released a new design with the iPhone 12 series last year. It usually follows the very same style for up to three years in a row.

The Apple iPhone 13 Pro Max and iPhone 13 Pro are the first iPhones to use high-refresh-rate OLED panels, which Apple refers to as ProMotion Super Retina XDR. The latter features a 6.1-inch OLED screen, while the former has a 6.7-inch ProMotion OLED screen. Both smartphones include Full HD+ resolution, 120Hz higher refresh rates (10Hz to 120Hz), Dolby Vision HDR, and Ceramic Shield durable glass on their screens.

According to Apple, the displays of the iPhone 13 Pro and iPhone 13 Pro Max adjust their refresh rates based on the material presented in order to extend battery life. Apple has yet to eliminate the unsightly notch on display, but it is now 20% shorter than on the iPhone 12 series.

The front and back camera configurations on the Apple iPhone 13 Pro Max and iPhone 13 Pro are pretty identical. Both smartphones have 12MP front-facing cameras, as well as Face ID for secure Face Unlock, which is relatively much more advanced than its predecessors. They feature a contemporary and enhanced triple-camera mechanism with a LiDAR sensor on the back. A larger 12MP primary camera sensor with an F1.5 aperture, dual-pixel PDAF, and sensor-shift OIS is available in both of these stellar devices.

Talking solely about the Apple iPhone 13 Pro Max, the bad boy can engineer videos up to 4K 60fps embellished by Dolby Vision HDR and 4K 30fps ProRes videos. However, the 128 GB versions of the iPhone 13 Pro Max have a video quality that is restricted to 1080 30fps PreRes. It also offers its users the depths of cinematic mode to come up with a shot that has a depth of field effect.

iPhone 13 Pro has a battery capacity of 3,095mAh, while iPhone 13 Pro Max has a capacity of 4,352mAh. According to Apple, these two models have a longer battery life than their forebears. Their devices enable fast cable charging at 20W, Qi wireless charging at 7.5W, and MagSafe charging at 15W. Besides, they are compatible with a variety of MagSafe chargers, covers, brackets, and peripherals. Other features include Dolby Atmos dual speakers, IP68 dust and water-resistant rating, and Apple Pay.

If you’re looking for the best iPhone 13 Pro Max cases, wait till you get your eyes on these iPhone cases.

iPhone 13 Pro Max Colors – Can I find a color I can vibe with?

Apple is offering a range of iPhone Pro max colors to give its customers almost everything that they could ever ask for. The Apple iPhone 13 Pro Max is available in 4 enthralling colors, including the brand-new sierra blue, graphite, gold, and silver. The brand-new sierra blue color featured in the Apple iPhone 13 Pro Max is unsurprisingly a fan favorite. The sierra blue shade is a bit darker than the blue shade seen in the iPhone 12 Pro.

Apple Inc officially released the entire iPhone 13 series on 24th September 2021 and has been a super-seller since then. The same goes for Machines and iPhone vendors on the same date to sell the same products.

To satisfy your purchasing demand, we strongly recommend you buy Apple iPhones from Machines, the largest Apple Premium Reseller (APR) in Malaysia with 38 stores nationwide. You can get authentic Machines iPhones at great prices. However, in the end, the price totally depends on the Apple variant you’re after.

Its price structure is highly dependent on the iPhone 13 Pro Max you’re getting. The price increases as you go from the 128GB variant to the 1TB variant, with 256GB and 512GB in between. All of these variants are available in sierra blue, graphite, gold, and silver colors.

Machines Malaysia has a promotional package in store if you’re thinking about getting your iPhone 13 Pro Max from Machines.

Now that you know all about Machines, here’s another surprise for you – Machines is a partnered merchant of Atome! Yes, you can slice down your bills using Atome when you purchase from Machine Malaysia!

Headquartered in Singapore, Atome works seamlessly with 6000+ affiliated merchants online and offline. It is a major participant covering 10 markets in Southeast Asia to enhance the shopping experience. Atome provides its customers with a variety of payment options for their desired products or services. Users can opt to divide their payments into three months of interest-free installments. If upfront payments aren’t your style, installment-based purchases are the way to go.

Use Atome to break your bills now!

The Apple iPhone 13 Pro Max is turning heads all around the world as users are replacing an older model with the newer ones launched in the iPhone 13 series. It is a powerhouse of features and is just what you need to complete your vibe! Aside from iPhone, you can shop for iPhone adapters at this Apple retail store.

Ever since Apple iPhone 13 Pro Max’s release date was announced, fans have been comparing the latest model with its previous version – the iPhone 12 Pro Max.

Here’s a quick overview of the key differences between the two bad boys.

Why do we need to eat apples?